✪ BOOK REVIEW: The Log from the Sea of Cortez ✪ 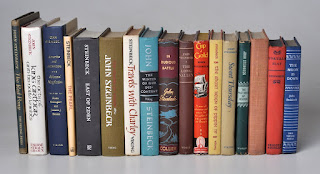 The Log from the Sea of Cortez
John Steinbeck
(New York: Viking, 1951)

We have a book to write about the Gulf of California. We could do one of several things about its design. But we have decided to let it form itself: its boundaries a boat and a sea; its duration a six weeks’ charter time; its subject everything we could see and think and even imagine; its limits—our own without reservation.
We made a trip into the Gulf; sometimes we dignified it by calling it an expedition. Once it was called the Sea of Cortez, and that is a better-sounding and more exciting name....
We said, “Let’s go wide open. Let’s see what we see, record what we find, and not fool ourselves with conventional scientific strictures.” (The Log from the Sea of Cortez, Introduction, pp. 1-2).
And in this way and in this frame of mind did John Steinbeck and his good friend, marine biologist Ed Ricketts, set out on an off-season fishing boat for a 4,000-mile voyage from Monterey around the Baja peninsula to see what they could see and write about it in the spring of 1940.
It was an uneasy time in the United States for anyone aware of the gathering storm already underway in Europe and Asia. The violence and pointless destruction of war are ever-present in the back of Steinbeck’s mind even as he is escaping from the reach of newspapers and newsreels. “Hitler was invading Denmark and moving up towards Norway; there was no telling when the invasion of England might begin; our radio was full of static and the world was going to hell.” (Steinbeck, p. 7)
Steinbeck’s mind roamed the world and the history of humankind, even as his eyes and hands were occupied with the business of collecting samples. Plenty of marine biology took place on the trip. Thousands of specimens were dipped up in nets, pried off rocks, and harpooned after the boat turned left at the corner of the tip of Baja and made its way slowly north. The log offers full details of the common and Latin names of the specimens, their customary habitats, and their taxonomy (the contribution, no doubt, of  Ricketts, who was listed as co-author on the earlier, unabridged version of the story, Sea of Cortez: A Leisurely Journal of Travel and Research. New York: Viking, 1941). But both as individuals and as members of functional ecosystems, the marine organisms inspired Steinbeck to poetic description, forays into word origins and mythology, analysis of their design and purpose, and philosophical reflection comparing their lives and communities to human ones.
Aquariums, tanks, and trays filled the hold of the 76-foot WESTERN FLYER. Neither Steinbeck nor Ricketts had ever attempted this sort of prolonged scientific expedition before, and much of the trip was a series of experiments, missteps, and disappointments in trying variously to keep the specimens alive (for observation) or to kill and preserve them without destroying their distinctive forms and brilliant colors. There were problems with equipment—notably, the outboard motor for the small shore boat that refused to work except when removed for inspection and installed in a bucket—and both the still and film cameras produced poor images in the rare instances when there was anyone with dry hands free to use them.
There were the usual sorts of squabbles you’d expect among a group of men (which included Steinbeck, Ricketts, the boat owner and captain, an engineer, and two Italian fishermen hired in Monterey), sharing a small, hot, and fishy space together for weeks. Tensions grew when the store of liquor ran out and when fresh food or delicacies found their way aboard; crew members were occasionally mutinous about doing dishes, frustrated by faulty equipment and the efforts to collect, or testy from lack of sleep. At one point, Steinbeck dryly admits that, “all collecting trips to unknown regions should be made twice; once to make mistakes and once to correct them.” (Steinbeck, p.10) 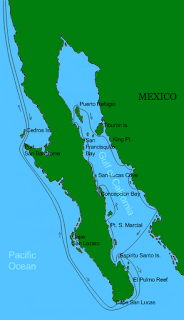 The WESTERN FLYER encountered many Mexicans in its travels. At each port of call or small anchorage, once the locals figured out what the boat was up to, small boys and men alike tied up alongside to sell specimens they’d found or to offer their services as scouts and collectors. Steinbeck is generous in his description of these mostly poor, local inhabitants, noting their common humanity and describing their living arrangements without condescension.
In fact, the main subject of Steinbeck’s account is not the marine organisms they were collecting, but philosophical reflections on the meaning of life, human character, and the characteristics and course of civilizations—including the human tendency to make war and commit murder. He compares the study of tide pool animals to the study of homo sapiens, “We name them and describe them and, out of long watching, arrive at some conclusion about their habits so that we say, ‘This species typically does thus and so,’ but we do not objectively observe our own species as a species....When it seems that men may be kinder to men, that wars may not come again, we completely ignore the record of our species.” (Steinbeck, p. 15)
The voyage offered a respite from the reality of all that. “...the great world dropped away very quickly. We lost the fear and fierceness and contagion of war and economic uncertainty. The matters of great importance we had left were not important.” (Steinbeck, p. 173) At some point, after the boat had gone as far north in the Sea of Cortez as it could go, had filled all its tanks and trays and turned for home, they would have to rejoin that world again. But for now, there was a pause and a chance to concentrate on the matter at hand—the boat, the sea, the creatures swimming and crawling within it. “France had fallen, the Maginot Line was lost—we didn’t know it, but we knew the daily catch of every boat within four hundred miles. It was simply a directional thing; a man has only so much.” (Steinbeck, p. 7)
Near the end of the expedition, Steinbeck observes that, “It is advisable to look from the tide pool to the stars and then back to the tide pool again.” (Steinbeck, p. 179) In this way, a person comes to see that “all things are one thing and that one thing is all things...all bound together by the elastic string of time.” But lest the book end on a note too high-toned and philosophical, Steinbeck sums up what the expedition meant to him in the most basic terms. “Here was no service to science, no naming of unknown animals, but rather—we simply liked it. We liked it very much. The brown Indians and the gardens of the sea, and the beer and the work, they were all one thing and we were that one thing too.”

2015, Spring Update. The WESTERN FLYER has been salvaged from the mud of Swinomish Slough and lives on the hard in Pt. Townsend, WA. For an update of the future plans for her please see here.

This is the third in a series of book reviews kindly contributed by mariner, Allison Hart Lengyel of San Juan County, WA.