"The steamboat story of early days of Puget Sound sprouted when your cruising correspondent casually mentioned to Fred Marvin, Port President, that he had conversed with old "Nick" Perring at Olympia. Exclaimed Fred:
'Gosh all hemlock! Is Nick still alive? I am glad to hear this. You know, Nick is one of the greatest engineers Puget Sound ever had? A great steamboat man.'
This fact was agreed to. It was added that this pioneer marine man had told a bit of the story of the famous race in which the CITY OF ABERDEEN had beaten the famous GREYHOUND in a trifle of a race between Seattle and Tacoma.
'You can bet your life she did!' The ABERDEEN beat her. I saw the finish of the race. This was on Sunday afternoon in the very early 90s. I've got the date in one of my old log books at the ranch.'
So the story of this Puget Sound steamboat race was authenticated by the port commissioner. This was one of the great steamboat races of the Sound. Private, to a great extent, the affair was held closely in the minds of those taking part.
Nicholas C. Perring, 'Nick' to old associates, started his career on the Sound in 1878 on the sidewheel tug GOLIAH. In his time he served on many of the famous steamers, including the GREYHOUND.
'That was quite a race. Old man Willey came aboard one day and asked me if I could best the GREYHOUND with the ABERDEEN. I told him I could, providing I was allowed to have the say in loading the ABERDEEN. She was a deceiving outfit when it came to speed. To run she had to be trimmed just right. I knew the GREYHOUND. She was fast and had a great reputation for speed.
Preparing for the Race:
'Well, we began to get ready for the run. I had the boys save the best of the fuel. We stowed in plenty of bark to fill up the holes in the firebox. Bark makes a terrific heat.
The time of the race came and we went to it. I have forgotten who was engineer on the 'HOUND' or who was our skipper. The ABERDEEN hit it up at a good clip. When the boys passed the word back that the GREYHOUND's crew were heaving their cordwood overboard I knew we had them. We beat them into the dock at Tacoma by some distance--in fact, when we docked the 'HOUND' was nearer Brown's Point than the dock.'
When questioned as to the excess steam carried in the boiler, if any, the veteran engineer parried:
'Of course, the greater amount of steam carried will naturally increase the speed to an extent.'
Reporting his observations, Commissioner Marvin said:
'This race was a fixed affair between the crews of the steamers and several interests to settle the question of which of the steamers was the faster. The race was on the quiet so far as publicity went. There were not many passengers on board, but plenty of excitement. I think the ABERDEEN passed the 'HOUND' at Dash Point. But it's a fact you could hear them coming before you could see them. Both boats were wide open and the long exhausts sounded like a half dozen locomotives going up a hill. I guess the crew of this GREYHOUND lost their shirts and payrolls in that race.'
The CITY OF ABERDEEN was built at Aberdeen, WA. The steamer was 127-ft long. The craft plied between Seattle, Tacoma, and Olympia for a number of years. In later years the vessel was altered to a tug and operated out of Bellingham"
Above text by James Bashford
Tacoma Times, Sept. 1945.
"James O. Bashford was a 'roustabout' on the Tacoma waterfront, eventually becoming engineer on some of the boats plying the harbor about 1905. Apparently neither a professional reporter nor photographer, Bashford nonetheless put in a stint on the Tacoma Ledger and was ambitious in both capacities, leaving behind copious notes and photographs, many of which now repose in the C. Arthur Foss collection."
The above profile on the Ledger columnist Bashford
by Gordon P. Jones
Puget Sound Maritime Historcal Assoc. newsletter supplement Nov. 1966.


Posted by Saltwater People Historical Society at Saturday, October 27, 2012 No comments: Links to this post 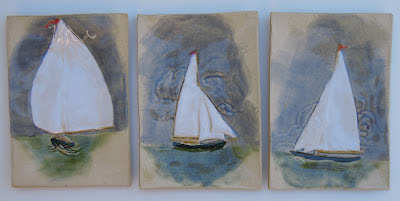 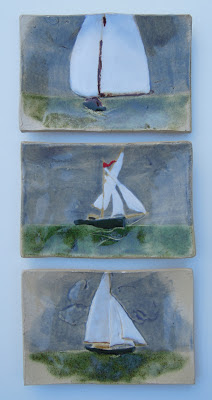 Posted by Saltwater People Historical Society at Tuesday, October 16, 2012 No comments: Links to this post

"Captain Louis Van Bogaert, who retired in 1957 after 54 years on Puget Sound vessels, had a special fondness for one boat, the ROSALIE.
He had gone to work on the ROSALIE as a watchman in 1910, later he was second mate, then first mate, and finally, in 1914, her skipper.
So the captain was especially happy about a gift which he took back to his home in Alhambra, CA, after a visit in Seattle.
It was a bottle with a scale model of the ROSALIE in it.
The model was the work of Ralph C. Hitchcock, a retired Boeing engineer. In retirement he became a professional model builder, producing 22 models, most all of museum quality. Mr. Hitchcock and his wife lived on Lopez Island for several years and bestowed 3 ship models to the collection of the Lopez Historical Museum. His work also went to the Puget Sound Maritime Historical Society, the WA. State Hist. Museum and the Smithsonian.
Hitchcock and his wife, Eva, had driven from CA to Seattle with Capt. Van Bogaert and on several occasions Van Bogaert had wanted to stop and look for a bottle with a ship model in it. But Hitchcock always found an objection.
'I'll get you a bottle,' Hitchcock kept saying.
But Van Bogaert was surprised when the bottle turned out to have a model which Hitchcock himself had made.
Hitchcock made the model of the famous Puget Sound passenger ship the FLYER which is in the aforementioned State Museum at Tacoma, but the ROSALIE is the first model he ever assembled in a bottle.
'And it only took twice as long to make as I thought it would,' he said. That made it an 85-hour job.
The model was in 34 pieces before Hitchcock began assembling it inside the bottle, which has a neck with a diameter only three-quarters of an inch across.
The ROSALIE, 136-ft, was built in Alameda, CA in 1893. She carried passengers between San Francisco and Oakland when it cost only a nickel to make the trip.
The ROSALIE came to Puget Sound, but when gold was discovered in AK she was put into service between Seattle and the North. Among her skippers while she was owned by the Alaska Steamship Co was Capt. Johnny (Dynamite) O'Brien.
Much of the ROSALIE's service was in the San Juan Islands as part of the Puget Sound Navigation  Co. fleet. That was where Van Bogaert served aboard her.
The ROSALIE's career came to an end 22 June 1918 when she caught fire while tied to a pier on the Duwamish Waterway and was a total loss."
Above text from The Seattle Times. 1965
Ralph HItchcock recorded that he had made 22 ship models up to this date.

Posted by Saltwater People Historical Society at Saturday, October 13, 2012 No comments: Links to this post


"A new ferry terminal is taking shape at Anacortes.
When it is finished, the time for a trip between Anacortes, the San Juan Islands, and Sidney, B.C., will be shortened by about ten minutes and the time required for a boat to get into port, unload, load, and get out again will be considerably less than it is now.
The new terminal is on Ship Harbor, just east of Shannon Point, about two nautical miles west of the present Anacortes terminal. It will cost c. $700,000. It is being built by the Port of Anacortes, which is leasing it to the state for 30 years. It is expected to be completed in May.
Officials of the State Ferries are enthusiastic over the speed with which boats will be unloaded and loaded at the new terminal."
Text from the Seattle Times, 6 March 1960

Posted by Saltwater People Historical Society at Saturday, October 06, 2012 No comments: Links to this post